Today we welcome attorney and author Teresa Burrell to our blog for a Virtual Book Tour. Her second mystery, The Advocate’s Betrayal, centers on female sleuth Sabre Brown, a legal advocate for children, who is faced with solving the murder of a close friend. 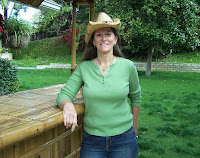 Teresa herself has practiced law, both in her own private office and also in juvenile court, representing abused minors as well as juvenile delinquents. She’s put in countless hours doing pro bono work with children and their families and earlier worked as a teacher.

NR: I see you have had several careers. Could you tell us a little more about them?

TB: My first career was as an educator. I taught elementary school for twelve years. My second was in the legal field where I practiced law for twelve years, and primarily represented abused children. I had a third career as a business woman for about twelve years. And, of course, my most recent one is as an author. My first book was released just a year ago, so if I consider that as my start date, I figure I have about eleven more years at this.

TB: No, I didn’t really plan to make any career changes, and certainly not for any specific time. I think it just happens to be the amount of time it takes for me to feel like I have mastered what I’m doing, at which point I seem to need a new challenge. It’s not like I start a career and think, “I’m going to do this for a while and then move on.” But there have always been so many things I’ve wanted to do with my life and so when I feel like I need something new, I just do it.

NR: You’ve made some pretty major life changes with your careers, were you ever afraid?

TB: Not afraid really, but anxious sometimes, especially when things didn’t go well for some reason. But I’ve always kind of done things because I didn’t know I couldn’t. The changes haven’t always been easy and sometimes came with a great deal of sacrifice but better things always seem to come with each change.

NR: How were your career changes more or less difficult than other major life decisions?

TB: I think my career changes were much easier than some of the other decisions in my life because they didn’t involve as much emotion. I could calculate the time and money it would take to make the change. I could estimate the financial payoff, and I could even factor in other things that I thought I would like or not like about the new career. But matters of the heart and family life decisions take a lot more out of a person. Those are the really important decisions one has to make in life.

NR: Your second career, you worked with abused children in juvenile court. I see your protagonist, Sabre Brown, is also a child advocate. Why did you choose to do that?

TB: I chose to work with abused children because I can relate to many of things those children have suffered through. I chose to make Sabre a child advocate because I think it’s important that people know about the amount of child abuse that still exists in this world. As a result, hopefully they will help to prevent it or give their time to help deal with it. But I don’t think many people would want to read a book that just tells us about the awful things that some of these precious children have to endure. It’s just too heart wrenching a subject. But writing it in a mystery, without being too graphic, will hopefully teach something, and at the same time, provide entertainment.

NR: What have you found most fulfilling about each of your careers? And have you enjoyed one more than the rest?

TB: In my first two careers I was able to work with children and hopefully make their lives better. I still hear from a lot of the students I taught as well as minors I represented, and they often surprise me with their wonderful comments that indicate I did make a difference in their life, and that is certainly rewarding. But having my own import business was exciting and very different from anything else I had ever done. And of course, writing a novel has been a dream for some time, but the dream was to put it all down on paper in a logical order from start to finish. The dream wasn’t to become a published author. That came after I wrote the novel and realized how much fun it was to write. Now, the thrill for me is when I hear from a reader that they enjoyed the book. That inspires me to keep writing.

NR: Your most recent career, writing novels, how has that been different than the others?

TB: There’s more alone time, but not entirely, because I do a lot of book signings and speaking events where I get to interact with people. But the writing part is definitely done in complete solitude, which I enjoy. I never had that with the other careers.

NR: Where do you get your storylines? Your characters?

TB: My plots have been based on real cases, but they are definitely fictionalized. My characters are compilations of people I have met over the years and people I see in everyday life. I like to people watch and when I see something odd or a little different, it often ends up in one of my characters.

NR: Have your earlier careers helped you with your writing?

TB: Everything I’ve ever done or seen in my life has helped me with my writing. Readers are smart and fiction has to ring true or readers won’t accept it. My careers have really helped me to understand human behavior and that certainly makes it easier to develop a fictional character.

NR: Are there any careers you wanted to do, but didn’t?

TB: I always wanted to be a flight attendant. I even applied once when I was in college, but they had a height requirement and I was about an inch too short. But I think the attraction was really about being able to travel the world. And now as an author I can do both. I get to travel a lot to book signings, speaking events, and conferences and I can write anywhere. So, I think being an author has taken care of that particular need.

NR: If you were to do it over, what would you change and why?

TB: I wouldn’t change much in my life, especially in my careers. Any changes I would make would be in my personal life. I made a few mistakes along the way that I would certainly do differently, not that I would change any end results but I might change the way I handled things. I would spend more time with loved ones. That’s one of the reasons I stopped practicing law—to spend more time with my family.

NR: What do you see for your future? What are your goals – both practical and absurdly hopeful?

TB: I think this is probably my last career change. That’s not to say I won’t keep fulfilling dreams and having adventures. My present goals are to keep writing the Advocate Series until my readers don’t want it any longer. I have hopes of one day being on the New York Times Best Seller list, but then doesn’t every published author?

NR: What advice do you have for other women who want to make career changes?

TB: I’d say, “Go for it! Consider your family and your personal commitments, but other than that don’t let anyone get in your way. It’s your life, live it!”

NR: Teresa, thank you for sharing, so generously, your experiences with us. We’ve enjoyed reading The Advocate’s Betrayal and look forward to your next mystery.

Readers, now is your chance to ask Teresa about her careers, her book, her life. Just click on the “Comments” link and let her know what’s on your mind.

This entry was posted in your self and tagged author, career change, Teresa Burrell, the Advocates Betrayal, Virtual Book Tour. Bookmark the permalink.

6 Responses to Teresa Burrell author of The Advocate’s Betrayal