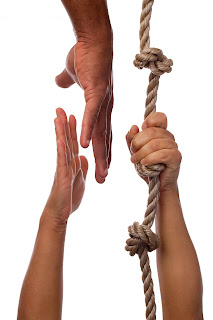 Are your daughters feeling the pressures of adolescence? Parents at Le Roy Junior-Senior High School in upstate New York are still concerned, months later, as their teens continue to experience verbal outbursts, involuntary movements and tics. Although Sigmund Freud first described this combination of symptoms as Mass Hysteria, the difficult to diagnose condition is now known as Conversion Disorder.

It’s a rare condition with both psychological and neurological factors. These young women are left frustrated, behind in school and socially isolated. Not able to live a normal life, families want answers for these psychologically triggered yet real sensory and motor symptoms.

After an investigation and a battery of health, soil and environmental tests, the Le Roy administration and state health officials report no known environmental or infectious cause. Some speculate that, in essence, the brain makes the body sick. And there may be a combination of underlying causes: a history of trauma or abuse, pre-existing anxiety or stress, a personality that is highly suggestible.

In this situation, a high school cheerleader woke up from a nap one day with uncontrollable tics and stuttering. Known as the bellwether, a key group member can exhibit behavior that deviates from the norm, and then others develop similar symptoms. It’s not unlike other adolescent reactions, even bullying or suicide. The group’s social status and close proximity, as well as the teenager’s need for acceptance and belonging, may foster unusual and dangerous conformity.

If you’re parenting teens, you’re probably not dealing with something as serious as conversion disorder. But adolescence is a developmental phase that’s full of potential pitfalls and no one gets through unscathed. Increased awareness and support can help your kids – these practical insights may be a good place to start:

Remember what it was like for you growing up. What did you do to bond with and feel accepted by the group? And how did you respond to peer pressure? Share your experiences with your kids and give them emotional support as they learn to manage their teen relationships.

Don’t hide your concern. You really can’t anyway. Your growing kids pick up signals from you even when you think you’re protecting them. At the same time, don’t burden them with pressures beyond their ability to handle them.

Keep the lines of communication open. Discuss what they’re worried about, as you come face to face with your own fears. The more you are able to discuss the strains affecting all of you, the better you can begin to cope with them.