This Wednesday is World Malaria Day, a subject close to my heart. Twelve years ago my husband and I spent three months traveling and working with Global Volunteers in Africa. And in Zanzibar, an island in the Indian Ocean, he contracted malaria. 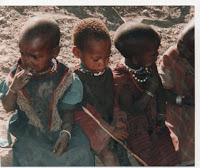 It wasn’t until a week later, when we were doing volunteer work in a remote Tanzanian village, that he developed a high fever and collapsed. The local shaman, who was sick with a bout of malaria himself, diagnosed the problem. My husband is a physician and argued that it couldn’t be true because we were taking anti-malaria medication and he didn’t have many symptoms of malaria. At which time the shaman asked him, just how many cases of malaria have you treated?

Although we had a frightening few days, the outcome was positive. And we were comforted by the local people who came by with vegetables from their gardens and healing prayers. But many in developing countries aren’t so lucky – the statistics are staggering. There are an estimated 216 million cases of malaria each year and 90% of all malaria deaths occur in sub-Saharan Africa. Over 70% of the deaths are children under five – that’s equivalent to one child dying of malaria in Africa every 30 seconds. As the world becomes more aware of the dire consequences, there’s an increase in programs and sponsors for Malaria No More.

More than sixty best selling business authors and social thought leaders collaborated to write End Malaria, a book about living a life of meaning. And this book is meant to save lives, as the entire profits go to charity for the purchase of malaria bed nets. When insecticide-treated nets are used properly by three-quarters of the people in a community, malaria transmission is cut by 50% and the mosquito population drops by as much as 90%. It is estimated that less than 5% of children in sub-Saharan Africa currently sleep under any type of protection from mosquitoes.

Stepping up feels right. It takes a few clicks to buy a book, and you’ll remember how it feels to save a life. End Malaria was born from the passion for generativity, that is giving back, of Michael Bungay Stanier, senior partner of Box of Crayons and Seth Godin, creator of Squidoo.com. These innovators found a way to sell a book, make a difference and save lives. A win/win for everyone, don’t you think?!