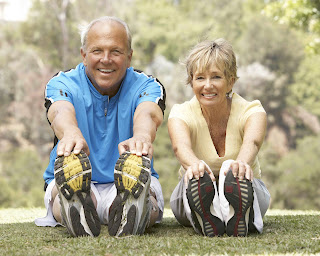 Are you and your spouse still happy, sharing activities like exercising together? If so, you may not know about a new trend hitting baby boomers – Gray Divorce. In the past 20 years, the divorce rate for boomers has doubled even as the total divorce rate has been going down. According to the U.S. Census Bureau, in 2009 more than 25% of all divorces were among couples over 50.

AARP has identified that in 2/3 of these divorces, it is women who seek the split. Often their motivation is to enjoy the years ahead after children have been raised and left home. With the expectation of many extra years of an empty nest, these women choose to focus on satisfying their personal needs and goals rather than remaining in an unhappy marriage. In other cases, about ¼ of the time, a wife institutes the proceedings after an infidelity by her husband.

For over 50% of gray divorces today, this is not their first experience with a split. The risk of a second divorce is two times greater than for those still in their first marriage. And for a third marriage, the risk of a divorce is four times more likely. Other high-risk groups for gray divorce are African Americans and those with only a high school education. To avoid making the decision to divorce, marital therapists like Dr. John Gottman encourage midlife couples to respond to each other’s attempts at reconnection.

While being alone is the greatest fear of boomers after a divorce, the vast majority rate themselves as happy. Still, there are some difficult consequences for wives and husbands: women tend to have greater financial difficulties while men generally have less contact with their children than before. Preparing for possible negative outcomes of a late in life divorce can help you cope with these unusual challenges.

For more insight about the issues in a second adulthood, join us on Wednesday when Susan Lieberman, Ph.D. answers our questions about her newest book, Getting Old is a Full Time Job: Moving on From a Life of Working Hard. Dr. Lieberman will introduce us to the 12 “jobs” she’s identified that we need to complete as we move from work to “what’s next.” Be a part of the conversation with Susan here on Wednesday.