Powerful Men Who Cheat on their Wives

The media spotlight this past week has been on Arnold Schwarzenegger, the former Governor of California, who fathered a son with a long time member of his household staff. He has a reputation for behaving badly and, in the past, there have been allegations of him groping and harassing women. And this time there are two betrayals, infidelity and deception. Married to Maria Shriver for 25 years, with 4 kids, Arnold has created a heartbreaking tragedy for his family. 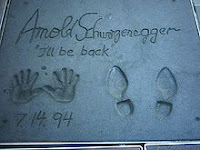 Personal pain on display for all to see has played out time and time again in the political arena. It’s been said repeatedly that high profile men have a predisposition for risk-taking, love a challenge, thrill or conquest and can be reckless. Whether these characteristics are a part of their DNA or the result of early learning, power is accompanied by opportunity and confidence. A study to be published in ‘Psychological Science’ reports that the higher men were in a business hierarchy, the more likely they were to consider or commit adultery. Just like narcissists, as many of them very well may be, these men believe that ordinary rules don’t apply to them.

Haven’t you heard the disclaimers by men in power who live in their own world of privilege and entitlement? Or mea culpas such as, ‘I failed to live up to the standards I set for myself.’ Power seems to erode the social restraints for some men. Whether or not their admiring follower and office staff are chasing after them, these men think they’re above the law. Theirs is an abuse of power and betrayal of trust. Whatever happened to family values?

Our ethical standards become engrained by the role models who influence our lives. In a democracy, we elect politicians to represent us and our values. It’s a privilege to serve and those in leadership positions should be held to a higher standard. Henry Kissinger, an acknowledged statesman of our times, once said, “Power is the ultimate aphrodisiac.” This may be true. And, if so, what does that say about the integrity and morality of our leaders?

Click on ‘Comments’ below and let us know your thoughts about men in power abusing their trusted positions. And log on tomorrow when we’ll discuss whether the betrayed wife should stand by her man or, like Maria Shriver, hire a divorce lawyer.