Differences of opinion surrounding the death of Osama bin Laden are rampant. And your kids may still be asking questions that are hard to answer. On Monday we shared tips that may be helpful in explaining the situation. What follows are a few more: 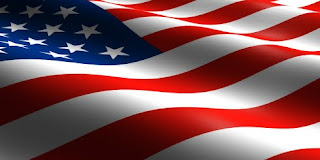 Talk about good and evil. The death of Osama bin Laden is complicated. Your kids may wonder why he was killed and not put in jail. Tell them these were extremely unusual circumstances. The idea of celebrating his death is another contradictory message. Point out that it was at odds with the solemnity of the moment. Speak from your heart about patriotism. Help them understand that a lot of people were celebrating the possibility of peace and feeling safer.

Teach them to appreciate ethnic, religious and cultural differences. Be a good role model, tolerant and open-minded. Radical terrorists don’t represent or speak for Islam. Help your children understand and respect others who are different than them. Give examples they can relate to, like, isn’t it interesting when someone at school dresses differently, speaks English with an accent or likes really different foods than you?

Work toward a more equitable world. It’s our job as a nation not to pursue revenge but to seek justice. On a personal level, it’s about how we see our responsibilities. You may want to frame bin Laden’s death as an opportunity for furthering peace and in terms of justice for the victims of 9/11. That it’s a relief that evil had been overcome. Model positive moral development for your children. You can have a primal reaction to a threat and still behave in a more evolved manner. Compassion is a complicated concept to understand.

What people are really celebrating is relief from fears that undermine their feeling in control. Hopefully bin Laden’s death will lead to the further dismantling of a terror network that causes suffering worldwide. This is about restoring hope for progress against a frightening force. If Osama bin Laden’s death makes kids feel safer, that’s a good thing.