Osama bin Laden, the founder of Al-Qaeda, was an evil man who masterminded the attacks that cost the lives of nearly 3,000 people on September 11, 2001. For almost 10 years, Americans have been waiting for him to be caught and punished. On May 1, 2011, he was killed in Pakistan by Navy Seals in the US armed forces. After President Obama’s somber announcement about it, people cheered around the world. 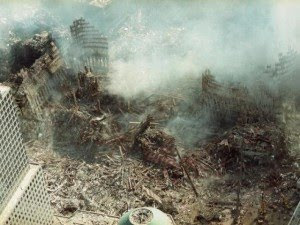 It can be upseting for children to see Osama bin Laden’s death celebrated when they have been taught that killing is wrong. Many kids, as well as parents, are confused and wondering what to think or feel and how to react. Here are some practical tips about how you can help your kids or grandkids understand this very complicated issue:

Answer their hard questions in simple, straight forward terms. Then take your cues from them. See what they know and what they want to know. Be specific as you give them the least amount of information that will satisfy their curiosity. Try to shield them from TV programs, photos and others who may be talking about the situation. You want to be available for follow-up.

Make it clear to them that hatred can result in terrible acts. This conversation may lead to other difficult questions: Will Al Qaeda followers seek revenge? Should I be afraid of what will happen next? How can we protect ourselves? If children suggest killing more people like bin Laden, remind them that we try very hard not to kill. We want to put bad people in jail where they can never hurt or kill again.

Model reasonable and appropriate attitudes. Use this as a reminder of the 9/11 national tragedy and the hope for a safer future for all of us. Reassure your kids that you’re there for them and will keep them safe. Let them know you’ll protect them the best you can because you love them.

Explain that this is a part of history. Put it in context. Once again, stick to the facts and take into consideration the children’s age and maturity. They will also learn about it in school and from classmates. Frame your reaction as a patriotic response to uphold American values about freedom and the rule of law.

If you’re having conversations with your kids or grandkids, let us know their concerns and what you’re saying to reassure them. And log on here Wednesday for more tips about how to answer kids’ tough questions.