Croatia: the Thrill of Travel

I’ve just returned from a trip to Croatia and want to savor the experience, so I’ll be sharing some of my photos and impressions with you this week. We would like you to click on ‘Comments’ at the bottom of this post and tell us your travel stories as well. 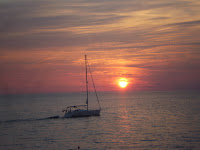 Croatia is a small country, not even as large as the state of West Virginia. And it is very homogeneous, with close to 90% of its four and one half million people identified as Croatian and Roman Catholic. 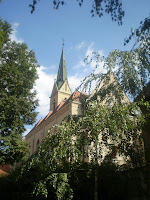 Interested in a little history? Although Croatia declared its independence from Yugoslavia in 1991, it took four years of sporadic, but often bitter, fighting before occupying Serb armies left Croatian lands. Under UN supervision, the last Serb-held enclave in eastern Slavonia was returned to Croatia in 1998. In April 2009, Croatia joined NATO and it is now a candidate for eventual EU accession. 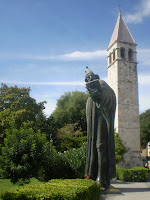 It’s the kind of country I love to visit, where the scenery, culture and history are so different from what I know and the sights are a wakeup call to the senses. The country’s history is traced through its museums, ruins, architecture and sculptures. And its picturesque charm is reflected in the multitude of islands and fishing villages that border the Adriatic Sea. 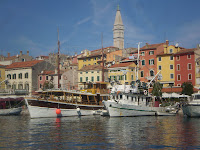 Do you want to know more about the captivating country of Croatia? Here’s what wikipedia.org has to say. And if you’re thinking about a trip yourself, you can read one woman’s story of adventure in the Newsletter Library of our website, HerMentorCenter.com.

For some excellent support in the plannning stage, JourneyWoman.com is a valuable resource. It publishes an online newsletter, connecting women around the globe. And the site presents women’s travel stories and offers information about tours, shopping and restaurants. Travel writer, Rick Steves, is also a great source of insight and tips.