Virtual Book Tour: Don’t Carve the Turkey with a Chainsaw

Today we welcome Roger Frame, Ph.D. to our blog to chat with us and answer questions about his new book, Don’t Carve the Turkey with a Chainsaw: Resolving Family Conflict. Dr. Frame, known as The Conflict Whisperer®, consults and conducts workshops across the United States on interpersonal conflict management issues. You’re sure to enjoy the book, filled with his quick humor and insightful techniques, just as we have. So let’s get started. 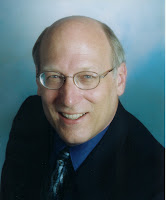 Roger, how did you come to write this book, Don’t Carve the Turkey with a Chainsaw: Resolving Family Conflict?

Roger: When I completed my Ph.D., I took a job directing a 37 county child abuse treatment and prevention program through Southern Illinois University. I soon discovered that families do not generally become abusive because they are mean people. Rather, they become abusive because they are highly stressed, and don’t know a better alternative. When we provided training and support, 93 percent of those families had no subsequent reported abuse.

I married, adopted a child, and had a thriving private mental health counseling practice. Life was good. My wife subsequently earned her Ph.D. in counseling and obtained a university faculty position. Friends commented that our son wouldn’t have a chance with parents like us. They were wrong.

As my son entered his teen years, conflicts arose. Suddenly communication became more difficult. Six months after he graduated from high school, my wife announced that she wanted a divorce. One month after the divorce was final, my employer announced that another company was purchasing them, and my position had been eliminated.

Clearly, my life was not going as planned. It would have been easy to blame the world. Look at all the grief it was causing me! But there was one common ingredient to all the distressing incidents. Me. And there was only one thing I could change. Me.

So how did you go about changing yourself?

Roger: Even though I knew a great deal about conflict, perhaps there was something more I could learn. Even though I did not have control over many unpleasant incidents, perhaps I could do better in some areas where I do have control. I began to research the topic of conflict resolution in more depth, and I found many subtle but crucial factors that might influence the outcome of critical conversations.

I began to practice them, tentatively at first. Then more confidently until, one day, my son came to me and said, “Dad, I need to turn my life around and I can’t do it where I am living. Can I move home and live with you.” I will never forget that day! Subsequently, I married a wonderful woman, and I can report that the principles work well among spouses as well.

I believe that the principles contained in this book have turned my life around. I hope it will help you as well. There is only one person in this world you really can change, and that is you. This is your call to begin today. In my private practice, I used a phoenix with the motto “New Life Emerging” as my logo. Is it time for your new life to emerge?

What are some of the main points you discuss in your book?

Roger: A major premise is that conflict is not based on reality, but rather on a person’s interpretation of that reality. Therefore, in order to resolve the conflict, both sides must understand how their partner interprets the situation, and what interests need to be met.

While many people suggest that we always seek win/win solutions, it isn’t that simple. One style of conflict resolution for all situations is no more appropriate than one style of clothing for all situations. Just as you wouldn’t wear a bikini to the prom, or your wedding dress to work in the garden, you need to vary your conflict resolution style according to the situation. The different styles all have strengths and weaknesses. You need to know what these are, and when to use them.

What other principles are important in resolving conflicts?

Roger: How you present your case will be crucial to your success. If you begin by accusing and berating your partner, they will become defensive.However, there are alternatives that we discuss in the book.Begin with facts, because they are less controversial. Provide reasons, so your proposal does not appear arbitrary.Make it safe to discuss candidly.

As I found in my own life, the teen years frequently bring more conflict into our home.This is not just because of hormones.Neurological changes that are occurring in the brain contribute as well. It is no accident that car rental companies won’t rent to people under 25 and auto insurance rates drop at age 25. At a time when stimulation seeking and risk taking are increasing, the part of the brain that inhibits impulsive behavior and considers consequences is not fully developed until the mid 20s.

Since all interactions do not get resolved the way we would like, I also discuss four elements needed to make an effective apology, and nine steps that can facilitate forgiveness when you are ready to do so. It is not necessary to reconcile and become good buddies with the perpetrator to forgive them. The chief beneficiary of forgiveness is generally the one doing the forgiving.

You have a chapter that uses fly-fishing as a metaphor for conflict resolution. Tell us about that.

Roger: I started out describing how children frequently bait their parents by saying or doing something that will get the parent’s reaction. When the parents “bite the hook,” the child is in control, the parent is caught and may soon be frying in the skillet. Then all sorts of metaphors came bounding into my head. I recalled that in fly fishing your first casting movement is away from the target followed by a movement forward. In conflict resolution you will be able to hit your target more effectively if you first understand your partner’s interests, (pull back from your interests) and then make your pitch (cast forward.)When a fish is in a stream, they must quickly decide whether or not to take the bait or lose interest. Children often complain that parents drone on and on and on, and the child tunes out. Parents must learn to make the pitch brief or the child will tune out.

Where can people get your book and seminars?

Roger: Don’t Carve the Turkey with a Chainsaw: Resolving Family Conflictis available in most bookstores, and online as an e-book.I also love to do live workshops, and keynote presentations. Just contact me at my website at www.TheConflictWhisperer.com, or www.RogerFrame.com.

Our thanks to you, Roger, for chatting with us here about your stimulating and engaging book.

Now, readers, the floor is open to you and your questions. Just click the “comments” link below and ask away. Roger will respond to you in the comments section.

This entry was posted in intimate partner, parenting kids, your self and tagged children, communication, conflict resolution, Dont Carve the Turkey with a Chainsaw, family, parents, Roger Frame, teenagers, The Conflict Whisperer. Bookmark the permalink.

9 Responses to Virtual Book Tour: Don’t Carve the Turkey with a Chainsaw